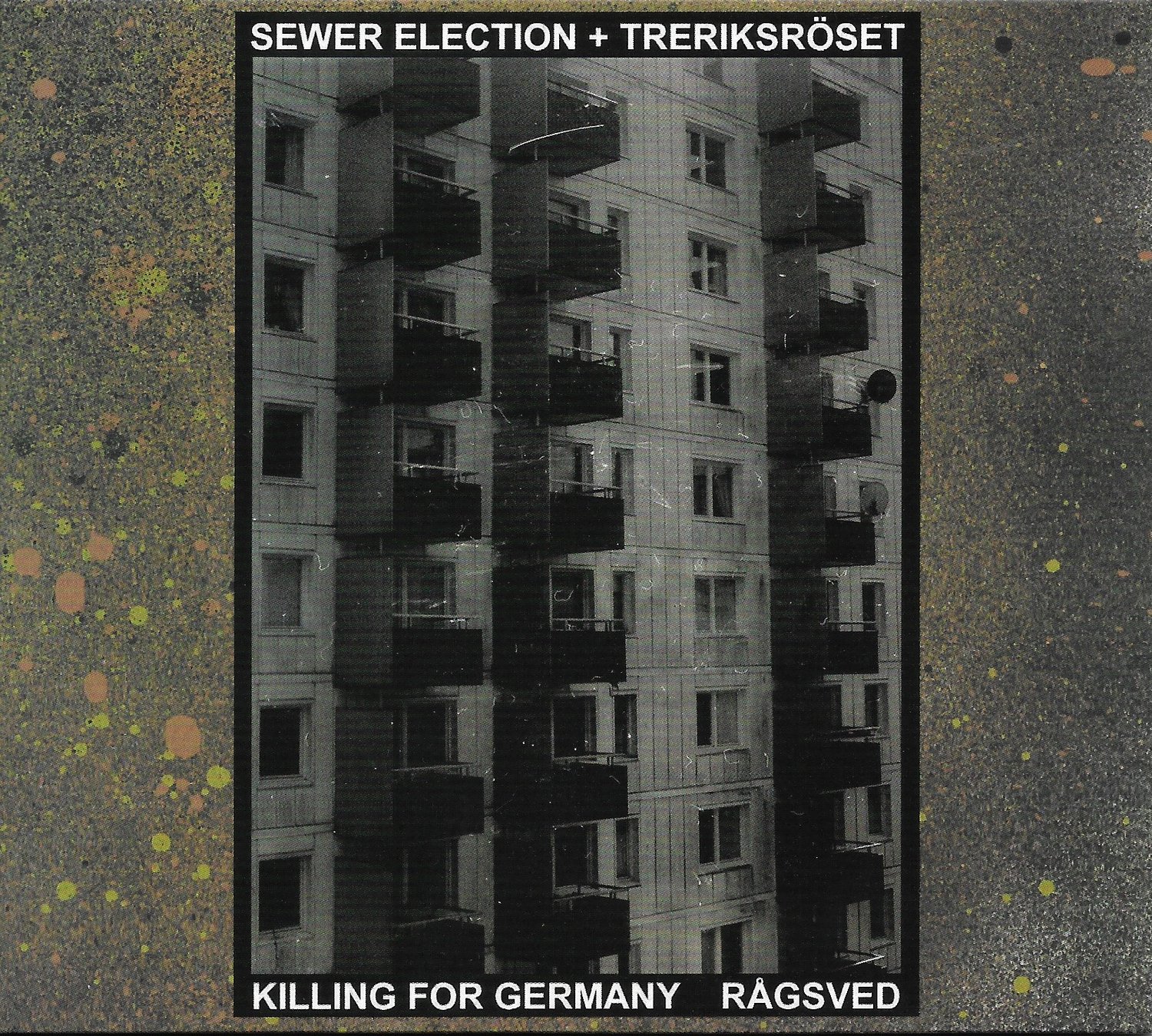 The collaborative recordings of Sewer Election and Treriksröset throughout the mid-2000s are some of the most singular works of harsh noise orthodoxy ever created, holding a heavy position in the canon of noise music. The highly refined and counter-intuitive approach to layering, texture and dynamics contrasts miraculously with primitivism and minimalism, manifesting in several 30 minute slabs of exquisite crust recorded live to tape.

"Killing For Germany" is perhaps their most static and straight forward release, originally released on Treriksröset's own label Chefsideologens Bolag and fittingly dedicated to Frau Wall Winther Berliner-Mauer, the woman who married the Berlin wall. "Rågsved" was the last of their collaborations to be released and finds the two at their most fiery and dynamic, the layers of gasping static and drilling feedback laid bare as they continuously clash with each other. This recording, originally released split in two and released as a C30 on Kakerlak's label Thorax Harsh Cassettes, is now presented in its original 30+ minute form.