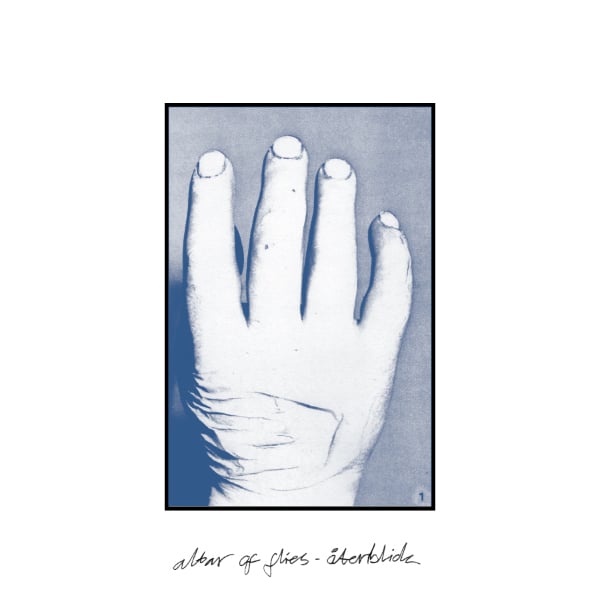 Over the years when listening to the diverse catalog of Altar Of Flies, the primate in me has on numerous occasions tripped across a selfish thought: it would be sick as fuck if AOF did a release that was, like, straight harsh noise. Nearly all of his releases are laced with masterful passages of blown out crunch, but always as a counterpoint to more delicate and introspective narrative sound.

In 2020 as we worked on the Work Ethics CD together, I toyed with the idea of making such a suggestion, but before I had decided if it was appropriate or not, he unexpectedly released the Inblick cassette, an excellent 40 minute exercise in rough, thumping physical noise. Shortly thereafter without ever addressing the subject, he sent me a demo version of the Överblick cassette, and this one really hit the spot I was searching for: a long-form swell of crust, metal abuse, jagged loops and whistling feedback. Since the cassette version he planned was limited to around 40 copies, I figured it would be ideal to issue Öberblick in a larger edition on WCN. That’s when he sent me the crown jewel, the unreleased Återblick recording, and it all became very clear.

This is the Altar Of Flies you know as he might have sounded released by Deadline Recordings in the mid-90s - in full fidelity and with destructive intent. White Centipede Noise is proud to present Inblick, Överblick and Återblick as a vicious triptych on triple LP.

An excerpt from the extensive liner notes by Erik Nystrand:

“There has always been chafing and harsh elements in Altar Of Flies, but never before has he put that particular ingredient in focus like this. Electronics burnt to crisp, crackling meatslab fizz and reckless physical wreckage; all this paired with his signature vintage apparatus and magnetic tape wizardry, and the result is an elegantly churned up pigsty. And of course it would not be Altar Of Flies if it was not also loaded with moments of nerve-snapping silences and strange, almost tactile, energies.”

Mastered by BJ Nilsen, and pressed at R.A.N.D. Muzik in Leipzig, Germany.

All pre orders come with an additional red and black Överblick A4 riso print.